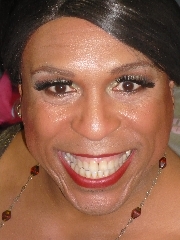 Legendary artist and punk icon Vaginal Davis appears at the 14th Performance Project of LISTE -  Art Fair Basel with a one-night-only performance. Davis’s vivacious work deploys radical politics, makeshift aesthetics, and wicked humour in powerful artworks spanning a variety of mediums, from music and performance to painting, sculpture, and film. In the late 1970s, as the frontwoman for the punk band the Afro Sisters, Davis drew inspiration from Angela Davis and the Black Panthers. Her unique brand of punk drag aesthetics - deemed “drag terrorism” by the late scholar José Esteban Muñoz - revels in a refusal to be recuperated by the mainstream. “I was always too gay for the punks and too punk for the gays. I am a societal threat,” Davis recalled in a recent interview with Grace Dunham.